Confessions of a beginner - Learning to crochet

There’s a common misconception that yarn crafts are only for grandmas. Maybe you have a collection of knitted dishcloths sitting in a kitchen drawer or hand-me-downs that have passed through the family for decades. While everyone appreciates grandma’s lovingly knitted or crocheted gifts, they’re often relegated to the storage closet (at least in my experience - sorry grandma!)

I used to think this way. My grandma tried to teach me to crochet when I was younger but I just couldn’t get into it. My nine or ten-year-old self didn’t see the point of learning something that surely wouldn’t help me as I got older.

Fast forward a decade or so and here I am, writing about the relevance and health benefits of yarn crafting. If you had asked me six months ago what I’d be doing when I graduated college, I don’t think I would have thought “writing about knitting and crochet.”

A few months ago I started working as the PR Coordinator for the Craft Yarn Council. A couple weeks into my position, I realized that I would need to start learning to knit or crochet if I wanted to understand what it was I was writing about. At the very least, I needed to brush up on yarn jargon. After conducting some research and asking around, I decided to start with crochet, as it is often quicker and easier than knitting.

There’s something I forgot to mention, though. Before I even started teaching myself to crochet, I made a pompom. Not only one pompom, but several. My first attempt went rather poorly; I didn’t secure the pompom enough and it ended up falling apart in mere seconds. My second attempt seemed to fare better, but lo and behold, it too disintegrated into scraps of yarn.

On my third try, I finally made a beautiful, full pompom and it felt like quite the accomplishment. After work that day, I mosied into my nearby yarn retailer and bought several skeins of yarn, as well as a pack of crochet hooks. All I did that night was make pompoms; I couldn’t get enough. 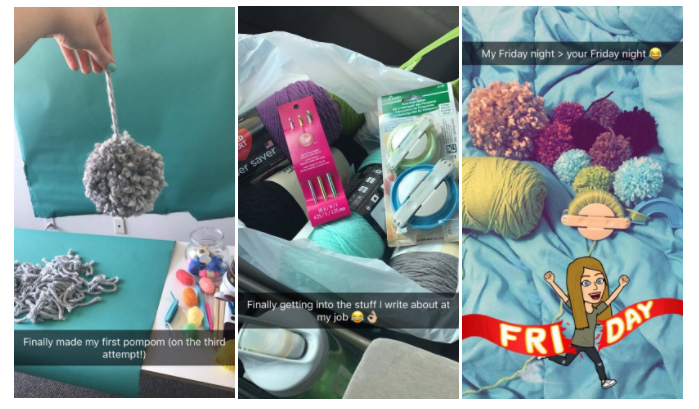 The very next day, I was motivated to start learning to crochet so I decided I to put my newly purchased crochet hooks to the test and taught myself how to make a slip knot and chain stitch. Even though I spent the evening with family, I brought my skein of yarn and handy crochet hook with me, crocheting stitch after stitch in the car and in breaks of conversation.

By the end of the night, I realized that I had a six-foot string of chain stitches that simultaneously kept going but went nowhere. It was at this point that I realized I needed to figure out how to move to the next row. Once I had that down, I decided to try crocheting one swatch to start with - I didn’t want to try any projects yet.

At this point, I only knew how to do the single crochet stitch. As I kept going from one row to the next, I realized that I was (unintentionally) decreasing my stitches with each new row. The result was that I ended up with a triangle instead of a rectangle. 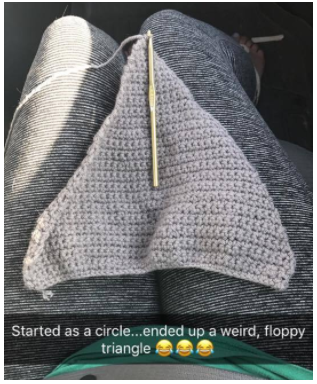 On my next swatch, I started out the same way but quickly realized what I was doing wrong and fixed the problem. Wanting to (finally) get it right for an entire swatch, I tried another and ended up doing the same thing (decreasing a stitch with each subsequent row and then fixing it halfway through).

FINALLY, on my fourth swatch, I was able to get each row straight and crochet a nearly perfect swatch. To say I felt accomplished is an understatement; I felt like I’d won the Stanley Cup. 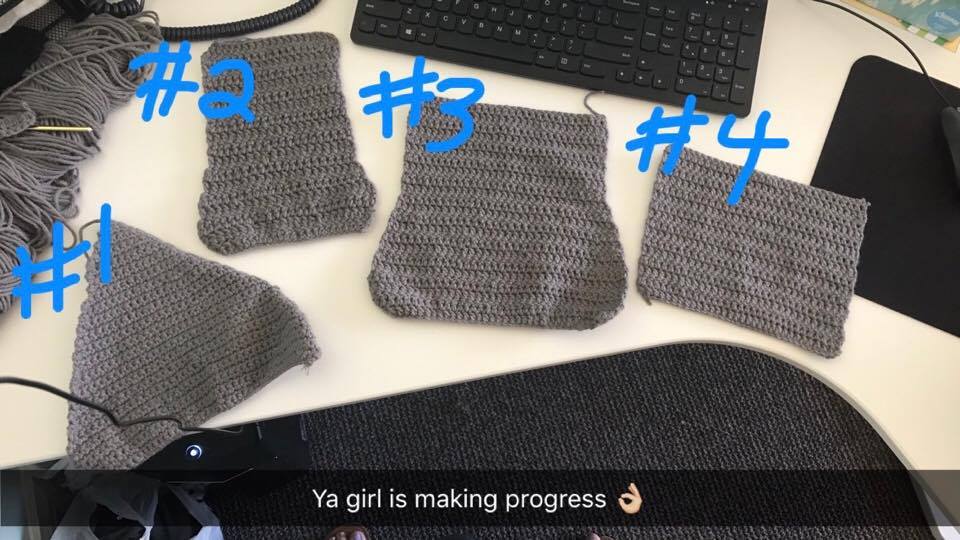 After crocheting that perfect swatch, I decided to teach myself the four basic crochet stitches: single, double, half double and treble. I completed two rows of each stitch on one swatch and decided to end there (I was a bit crocheted-out, as I’m sure you can imagine). 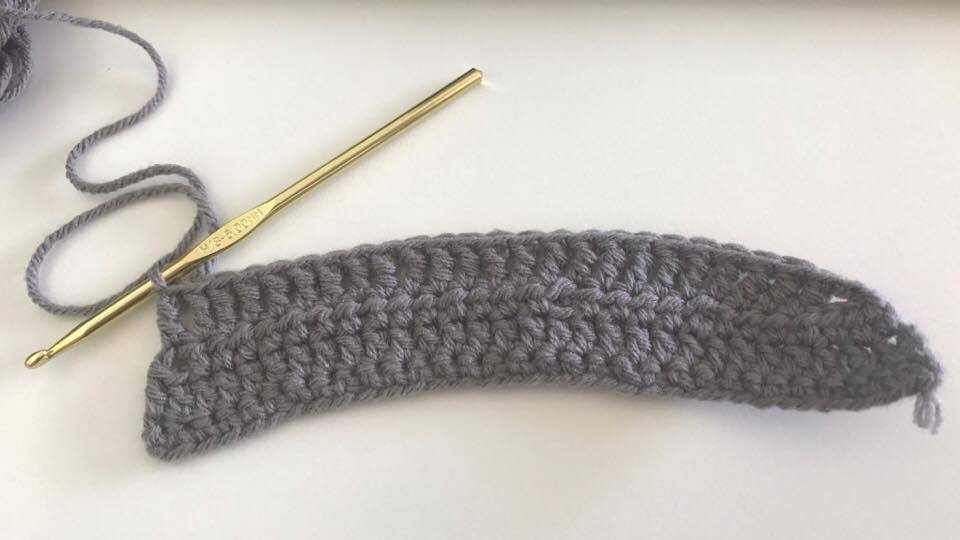 Something I learned from this experience is that swatching is a useful way to learn how to knit or crochet. When you start working in swatches instead of trying more elaborate projects, you’re able to get the basic stitches down before moving on to more difficult endeavors.

Now I can’t say that my experience so far has been a breeze. I’m a rather impatient person and I knew going into this experience that I would probably get frustrated with myself often. That’s one of the biggest takeaways that I’ve gained from learning to crochet: patience is important. Just like with any new skill, you’re not going to be perfect the first day you start. Crocheting (and, by extension, knitting) requires practice (and plenty of yarn).

Though I’m far from mastering crochet, it’s been a fun and interesting journey so far. Who knows what I’ll make next? Stay tuned for my next project! ;)