If you’re like me, I learned how to crochet before I learned how to knit. Crochet looked easier to me and I’d heard that it was quicker than knitting. Now I know how to do both (or at least the basics) and as I was perusing Pinterest one day, I came across a term I knew nothing about (Tunisian crochet) and I really liked the fabric it created.

Tunisian crochet is a cross between knit and crochet - you use a crochet hook but like knitting, you keep several stitches on the hook. The big difference is that you don’t turn your work at the end of each row but instead work straight across each row, essentially going from left to right and back. The front of your work is always facing you. Depending on the pattern, you can use a regular crochet hook for smaller projects, an afghan hook for wider projects (which looks like a regular hook only longer), or a Tunisian crochet hook with a cable, which I used.

I started out my Tunisian journey using Bernat roving, which is one of my favorite yarns to knit and crochet with. I found this awesome Red Heart tutorial and, much to my surprise, I understood the technique almost immediately and began crocheting a nice 15-stitch swatch. Like knit and crochet, there are many different stitches for Tunisian crochet; I’ve only practiced the basic stitch so far (Tunisian Simple Stitch).

You first start by crocheting a row of chain stitches. Once the row is complete, insert your hook into the second chain from the hook, yarn over and pull up a loop and place it on the hook so now you have two loops on the hook. Do the same in the next chain and all the chains across, hence where the similarity to knitting comes in. 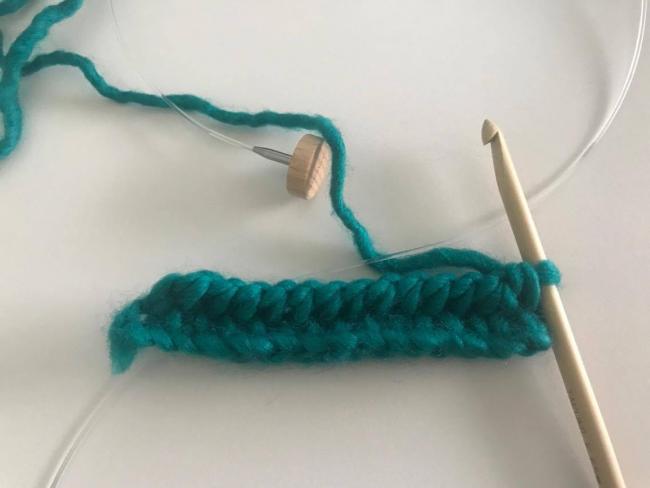 Tunisian crochet is a good technique for those who enjoy crochet or like crochet better than knitting because it’s the best of both worlds. The stitches look knitted and though it’s pretty similar to knitting, it’s still mostly a crochet technique. And if you like to cross stitch, Tunisian stitches create the effect of a woven fabric, which makes them especially suited for cross-stitch embroidery.

Something that often happens with Tunisian crochet is that what you’re crocheting tends to curl the more you work on it. I’ve found that worsted weight yarn curls less than roving or thicker weight yarn. I used Red Heart Soft worsted weight yarn for my second swatch and though it did curl a little bit, it was significantly less than when I used roving. Check out this article from bHookedCrochet for some great tips on how to beat the curl!

You can also check out Clover’s Interchangeable Tunisian Crochet Hooks, which come with a screw-on cable to allow for more stitches (i.e., if you want to make something as big as a blanket). 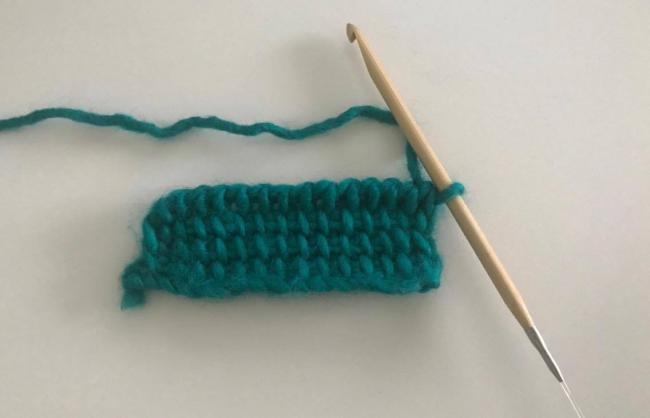