It’s almost Christmas and the season of giving is once again upon us.  To mark the spirit of Christmas, I’m going to share my experience in South Texas helping those affected by Hurricane Harvey. Read on to hear all about my trip helping in people’s homes and handing out Warm Up America! donations!

Almost three months ago, I had the opportunity to go to one of the cities affected by Hurricane Harvey, Beaumont, TX, to help people whose homes were hit. I went with a group of churches from Fort Worth and we worked with a church there called LaBelle Baptist Church.

Our group totaled around 30 people and included folks from Grace Baptist Church (the church I attend), Solid Rock and Normandale Baptist Churches. I didn’t entirely know what to expect because I’d never been on a disaster relief trip before and barely had two days to prepare (both mentally and physically). Despite this, I was excited and ready to help people and write about my experiences.

From the moment we arrived in Beaumont, one of the most visible signs of the destruction left by Harvey was the massive piles of debris and water-damaged belongings sitting outside of homes. Residents whose homes were hit had to leave their ruined possessions outside and wait for the insurance companies to asses their home's damage before they could rebuild or get rid of anything. It was both heartbreaking and humbling; I can't even imagine losing almost everything I own and having to start over. 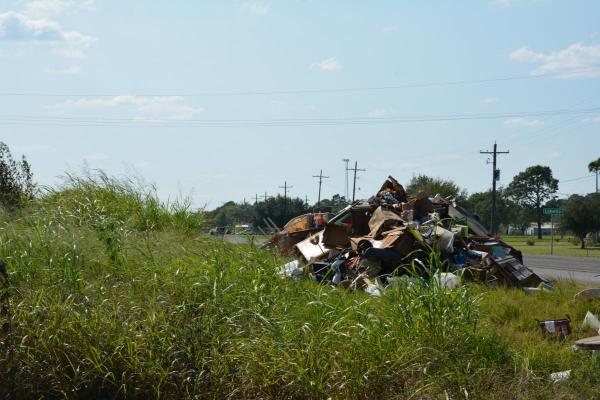 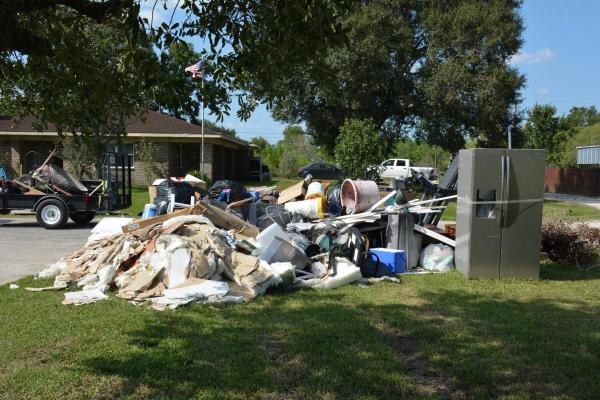 A lot of the homes had been sitting with water damage for days and as a result, the air often wasn’t safe to breathe. Not surprisingly, a lot of homes also had extensive mold damage, which is toxic and creates an unsafe environment.

The next morning we started the day by attending church at LaBelle and then our team split into groups to work on different homes throughout the city. Some teams moved damaged furniture and belongings out in order to prep the homes for demolition work. The other teams worked on homes that were ready for "mud-outs." (In disaster relief situations, this term refers to the demo work done in flood-damaged homes, mainly the tearing down of walls/sheetrock). I was assigned to a moving team. We went into homes and moved furniture and various things out of the homes so that the “mud-out” work could be done. 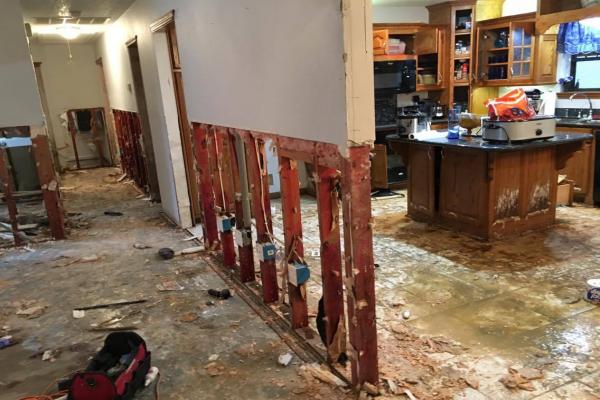 In some instances, the work required us to wear special masks and hazmat suits, which took some getting used to. There was one house in particular, the last one we worked on, that was so bad that you couldn’t even go near the front door if you weren’t wearing a suit and mask. The homeowners hadn’t been able to get back to the house for a couple weeks so the water had plenty of time to sit and saturate everything in the house. 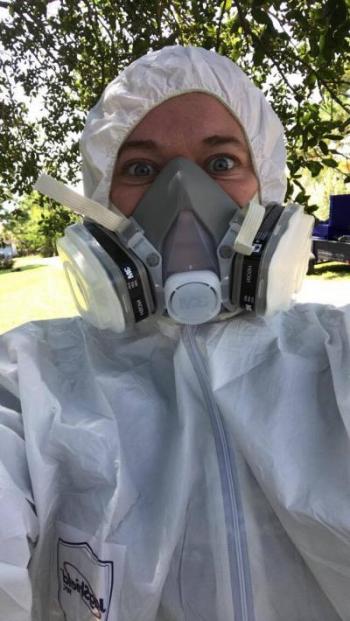 Something that I learned about the people in Beaumont is that they are very friendly and trustworthy of those they know, but are often wary of people they don’t recognize, especially in light of Harvey. (Sadly looting tends to happen after tragedies and natural disasters). Because LaBelle helped so many people in the community in the storm’s immediate aftermath, people now trust the church even more than they did before. Because of this, we wore lanyards with the LaBelle name and logo to let people know we were there to help them, not cause trouble. 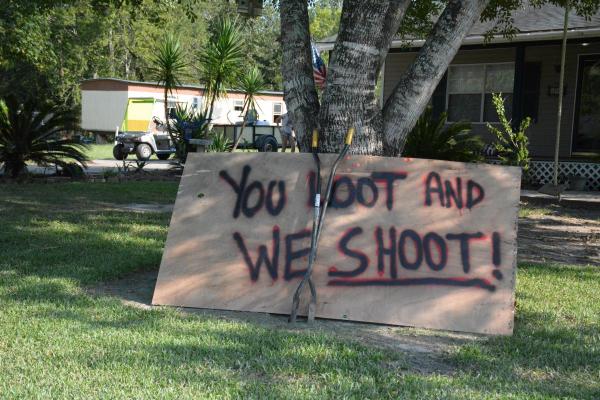 On my second full day in Beaumont, I visited First Baptist Church Hamshire to deliver the afghans and shawls we'd collected so far at the Warm Up America! office. I met with a woman who worked in the office and dropped off about seven boxes full of afghans. I also placed afghans around the clothing donation area and on some of the cots still being used. FBC Hamshire had been used as a shelter during the height of the storm, housing up to 250 people total. Though most of the people who stayed there were gone when I visited, the church still functioned as a donation site where residents could come and get the things they needed. A handful of adult and baby blankets and shawls also went to LaBelle, which operated a donation center as well. 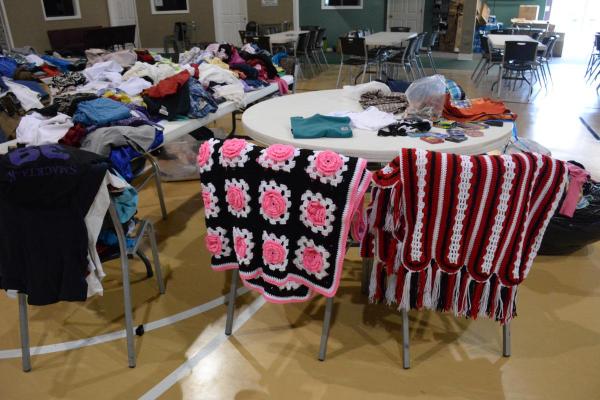 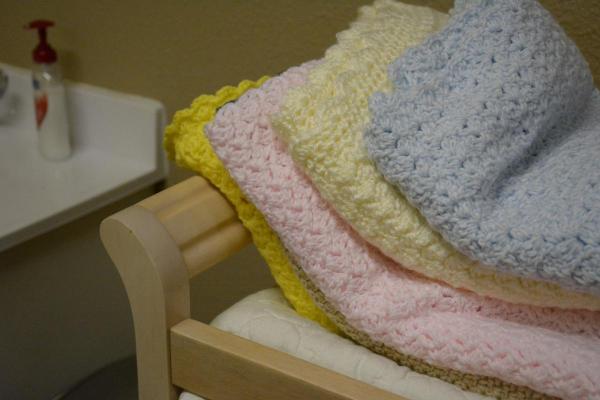 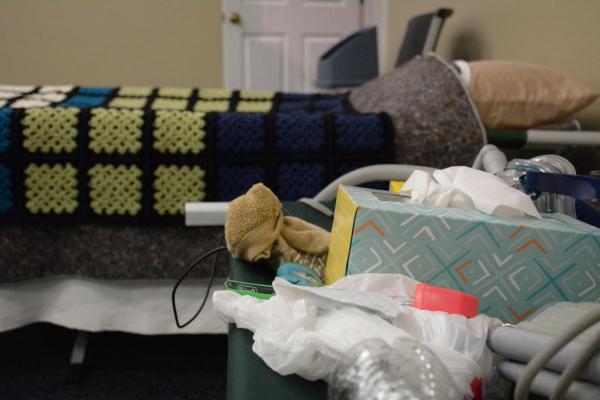 Though it was a relatively quick trip, I'm glad that I was able to go and help people with their homes. We often only spent a handful of hours in each home but the people we visited were both grateful for the small amount of help we were able to offer them and were encouraged by our fellowship. The churches I worked with on the trip were extremely grateful for the blankets donated by Warm Up America! (and YOU). I know that the people who received the blankets will treasure them for years to come. It's reassuring to know that someone took the time to make something handmade for you. A simple blanket can bring comfort and consolation in a time of loss.